The world famous Virgin Money London Marathon is set to take place on Sunday and will once again see 50,000 runners making their way through the iconic streets of the Capital.

Here are four of our runners, Kyle, Tyla, Abbey and Shaun.

“I want to take on the hardest challenge possible and complete the London Marathon in full PPE and BA kit and push the boundaries even further. I am running for The Fire Fighters Charity to support the fantastic work they do to help and protect firefighters in need.” 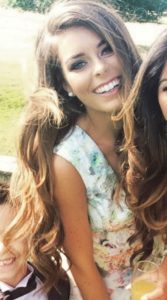 “I will be running the London Marathon in memory of my sister, Nikkola Sparkhall, and brother, Danny-Ross Sparkhall, who sadly passed away from smoke inhalation after a house fire. It’s now my turn to give something back to the courageous firefighters that risked their lives and fought so hard to try and save my sister and brother.” 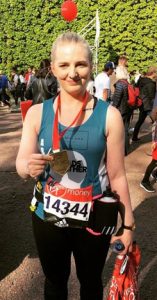 “On January 1st 2012 just after 12am, and the countdown for the New Year, a stray firework caught my family home alight. My sister and baby nephew were on the third floor and completely trapped with the fire coming up the outside as well as the only stairwell. I’m endlessly indebted to the brave firefighters who saved both of them and run into what people often run from.” 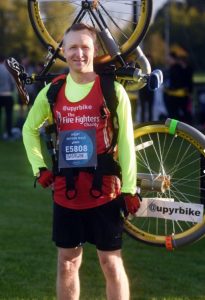 “As a show of my respect for the burdens that firefighters and their families bear, I am running the Marathon carrying my bicycle. The up-ended bicycle symbolises ‘waste of potential’ that wants to be put right, just as an injured or traumatised firefighter deserves support when in times of need.”

Missed the Marathon? #My75Miles instead

Just complete 75 miles any way you wish between now and the end of the year. 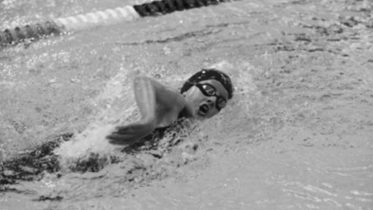 This is #My75Miles - Kelsie Enever

Register a team for #My75Miles

All you need to know to register a team of runners, walkers, cyclists or hop, skip and jumpers!