Brian began his walk in Kirk Yetholm in the Borders on 9th April and will cover 864 kilometres (536 miles) in one continuous journey, finishing at Cape Wrath in the far North West.

Funds raised from his extensive challenge will be shared equally between charities that support the Scottish fire community, with 50% coming to The Fire Fighters Charity. 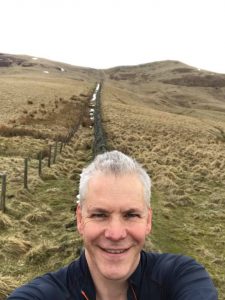 Brian at the start of his adventure in the Scottish Borders

After retiring from the Scottish Fire and Rescue Service in February following 30 years of service, Brian wanted to take on a challenge that would keep him busy and decided on the trail devised by outdoors writer and broadcaster Cameron McNeish.

“I have been lucky to have been joined by friends and family for sections along the way and I have more company to come including my wife for the final six days. I have been staying in quite a few fire stations along the way but have also had some wild camping, B&B’s and staying in bothies too. I have really enjoyed the changing scenery from the rolling hills of the borders to the remote glens of the Southern Cairngorms, the route will become even more remote and wild from here on.” 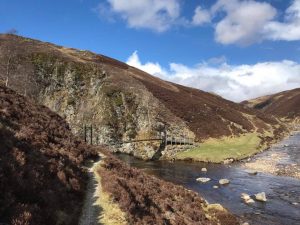 Giving himself only three full days off during the challenge, Brian has suffered a few minor setbacks.

“I picked up my first blister on day 10 but luckily this didn’t bother me and has now healed. Another one appeared two days ago but hopefully it will be fine too. The last few days have been tough and I have developed a shin splint on my right leg which has been painful hopefully this can be managed as I go along.” 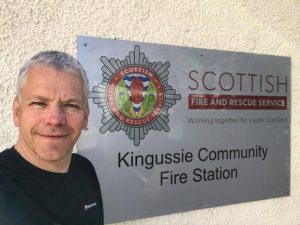 “The Borders were very muddy due to the amount of rain and snow in the days leading up to my start, On reaching the Aberfoyle and Callander areas I really started to see the traditional Scottish Landscape which I love. My favourite section so far has been from Blair Atholl to Fort Augustus, the remote glens of Tilt and Feshie were spectacular and I had my first really wild camp, on a spot I have used before.” 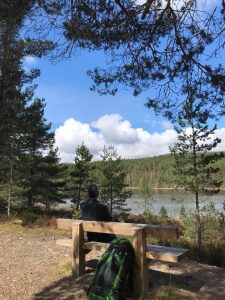 Not long after starting his challenge, Brian reached his second fundraising target of £536, so he decided to increase this once again to £1,000, which he has now also surpassed.

Complete 75 miles this year, any way you wish. 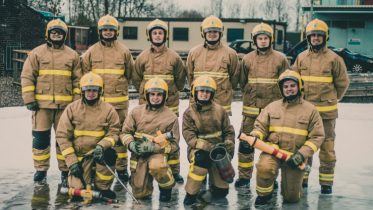 This is #My75Miles: Cheshire Trainee Firefighters

A group of trainee firefighters from Cheshire Fire and Rescue Service is planning to cover 75 miles in 75 minutes, wearing full fire kit.