Hosted by BBC newsreader Nicholas Owen, the hotly anticipated awards celebrated the inspirational achievements and support that the Charity has received from individuals and teams across 10 categories, providing an opportunity for all those present – and those watching online via a live stream – to celebrate and applaud their achievements.

The ceremony began with the presentation of a Special Recognition award to London Fire Brigade Commissioner, Dany Cotton, for excellence in the promotion of positive mental health. Presented by Chair of The Fire Fighters Charity, Andrew Lynch, the special award recognised the personal contribution made by the Commissioner in raising awareness of the mental health burdens carried by fire and rescue personnel.

Other awards presented over the course of the ceremony included several Supporter Of The Year awards, recognising the achievements of serving and retired personnel from different areas of the fire service. Beneficiary of Courage, Team of The Year and Fire and Rescue Service of The Year awards were also present, as was a Lifetime Achievement award for retired firefighter and lifelong Charity supporter, Chris Wannell.

Full details can be found below and to find out more about each nominee and winner you can download the Official Event Programme.

Following the conclusion of the awards ceremony, nominees and winners attended a reception at No.10 Downing Street hosted by Home Secretary Sajid Javid MP.

Speaking following the Downing Street reception, Chair of The Fire Fighters Charity, Andrew Lynch, said: “It’s been a wonderful day. Being able to recognise and thank all of our nominees and winners has been a real privilege, as has being given the opportunity to attend a reception at No.10 Downing Street with the Home Secretary. I was incredibly proud to introduce Mr Javid to all the fundraisers, supporters and beneficiaries who were with us today and it was clear that he was impressed by the stories of their dedication and the reasons behind their inspirational fundraising endeavours.

“However, I must also add that – while we have recognised some amazing achievements today – I know I speak for everyone at The Fire Fighters Charity when I say that I am just as proud of every person out there who raises money for us. We simply couldn’t operate without the amazing support we see each year from across the whole fire community, and I know that all of our thousands of beneficiaries are grateful for the life changing difference it makes to them. So, to all our nominees, winners and thousands of supporters, I thank you all and I look forward to seeing you at the next Spirit of Fire Awards.”

Supporter of the Year – Firefighter
Sponsored by Bristol Uniforms 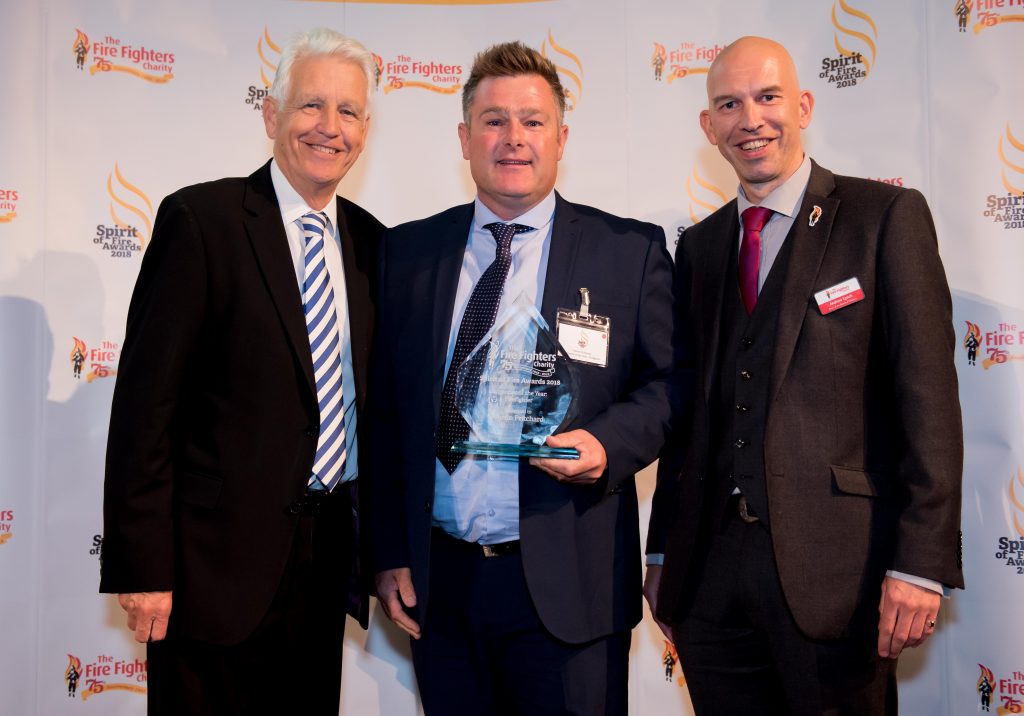 Supporter of the Year – Control 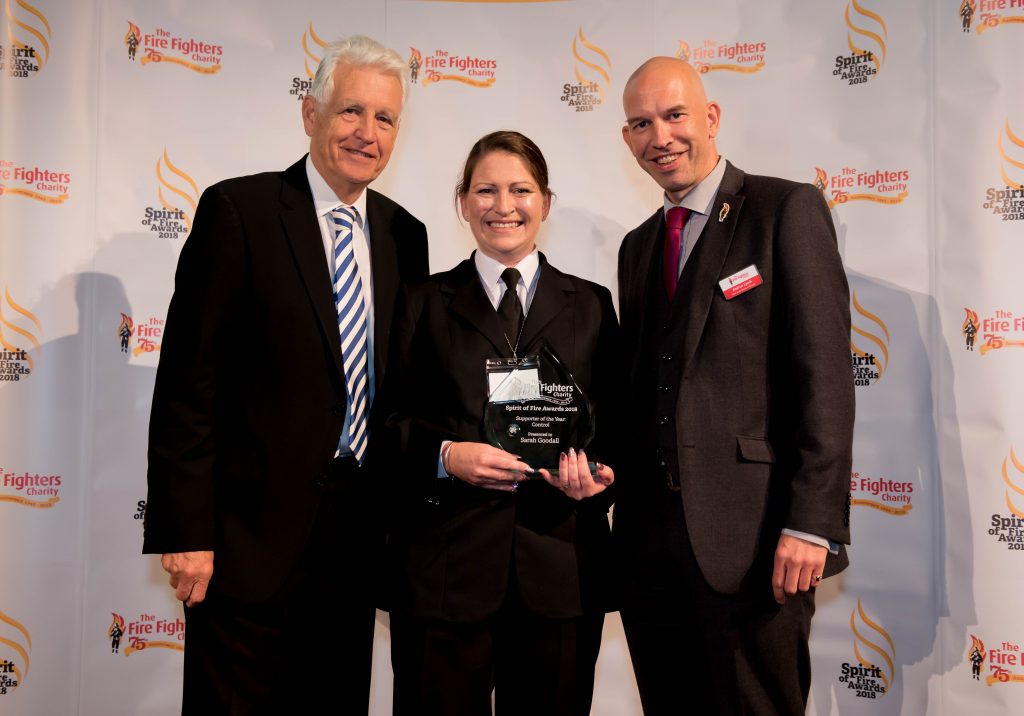 Supporter of the Year – Non-uniform 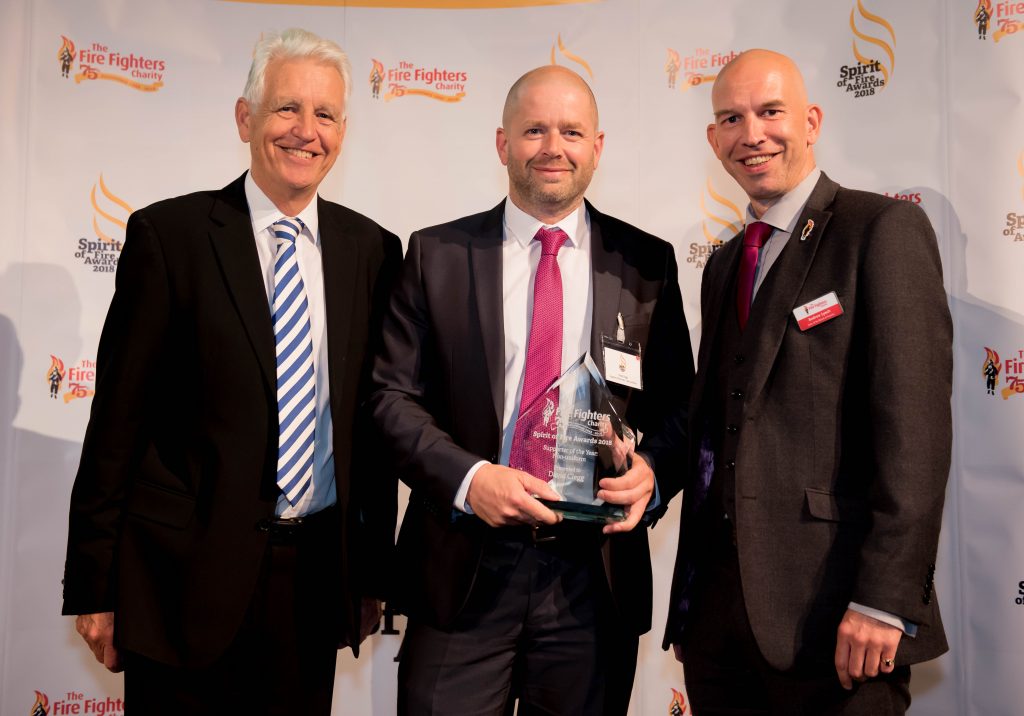 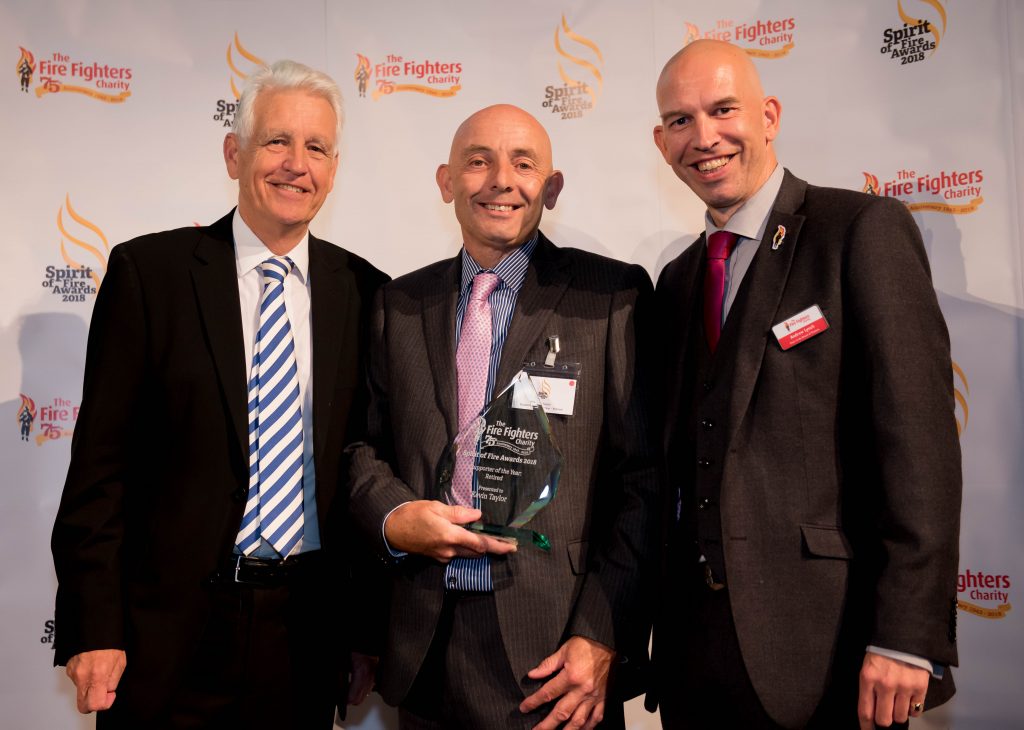 Supporter of the Year – Non-beneficiary 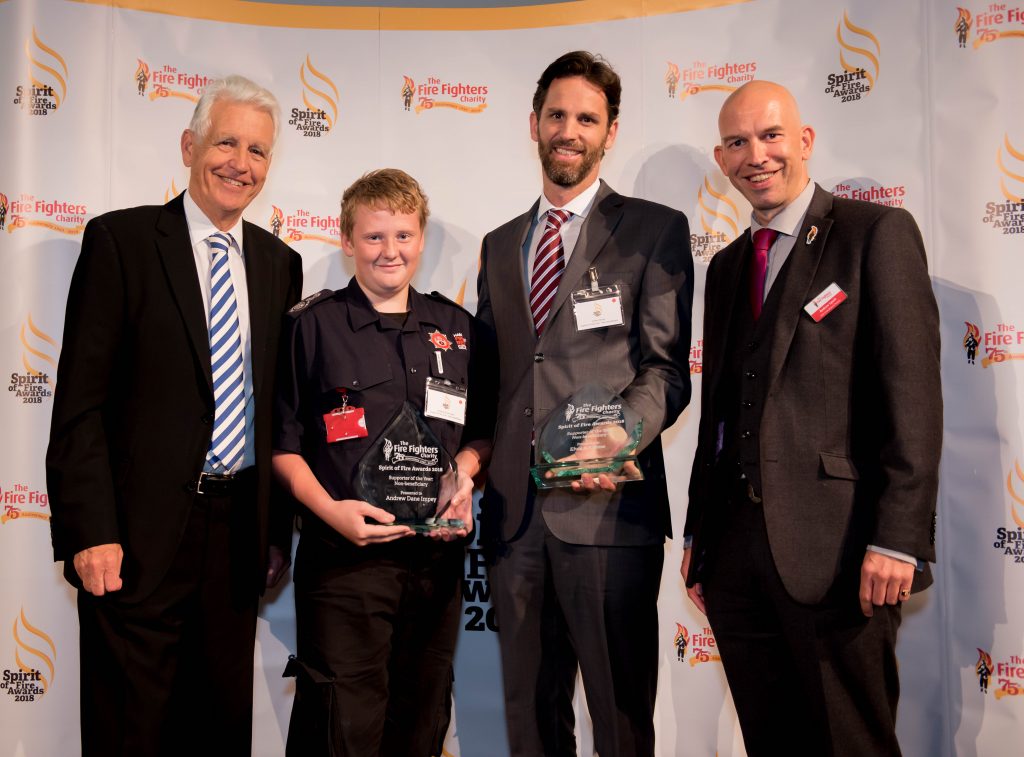 Supporter of the Year – Dependant 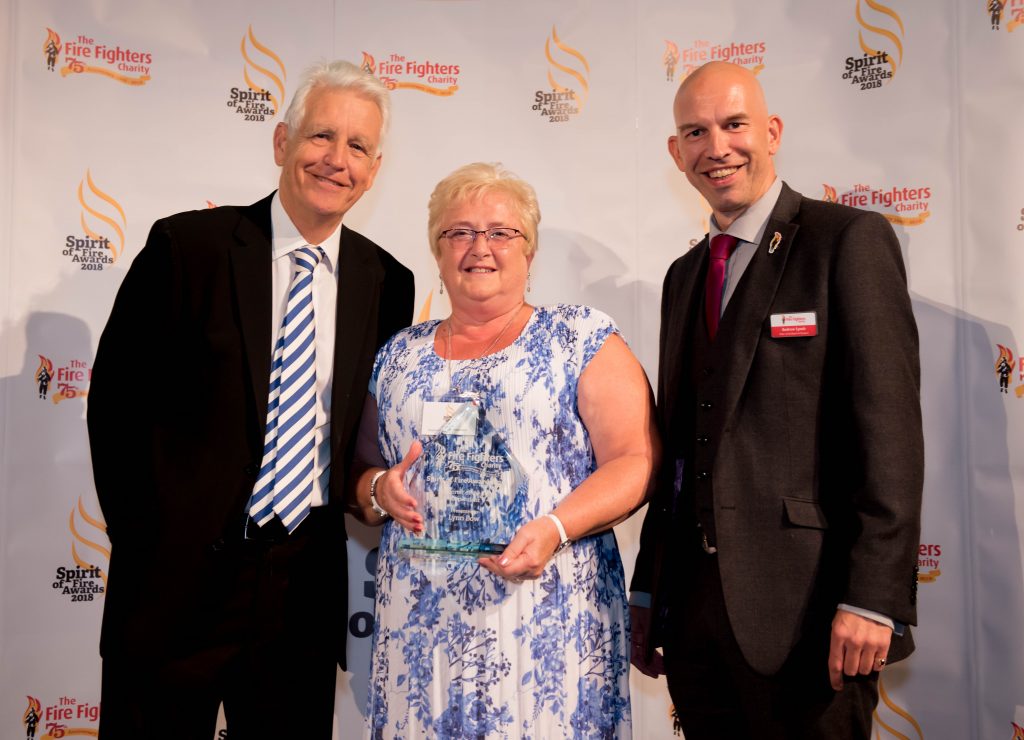 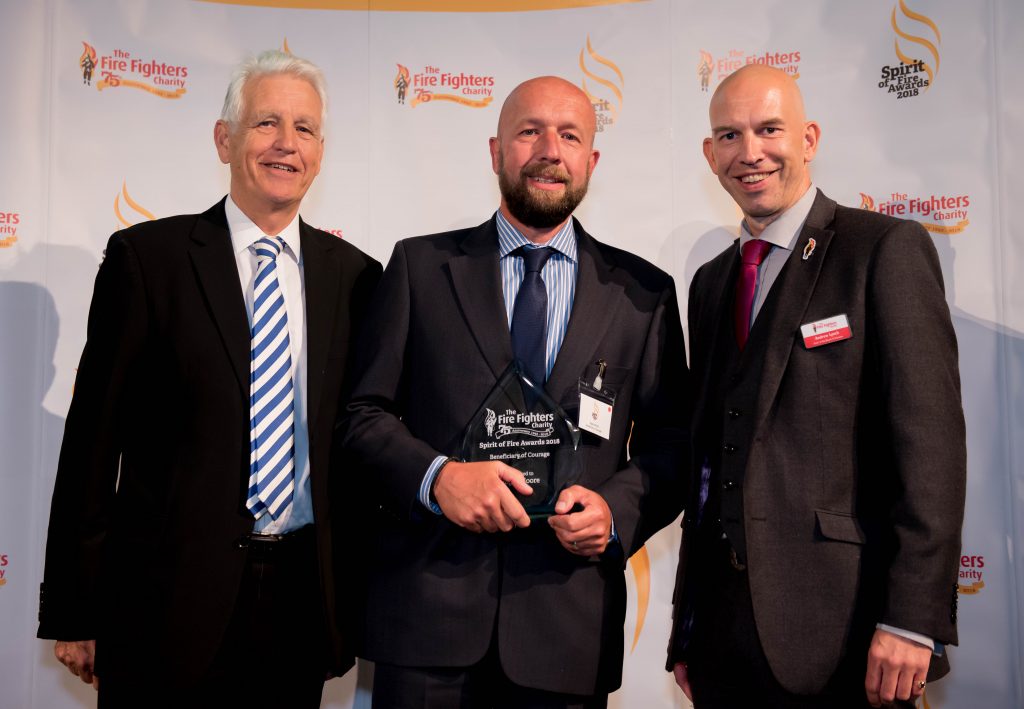 Team of the Year 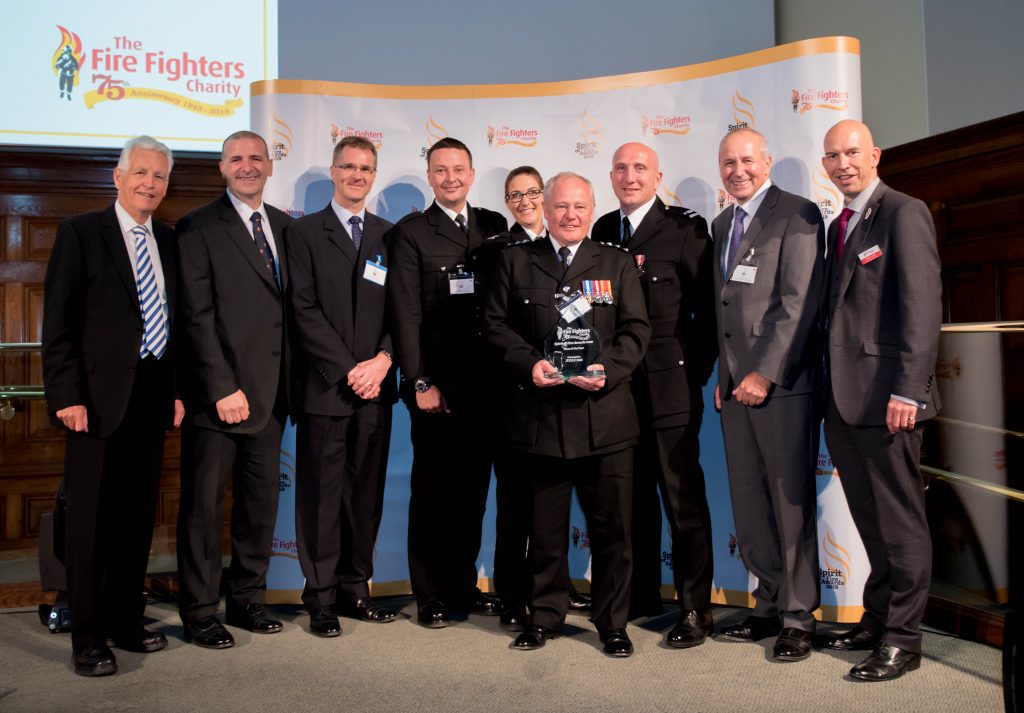 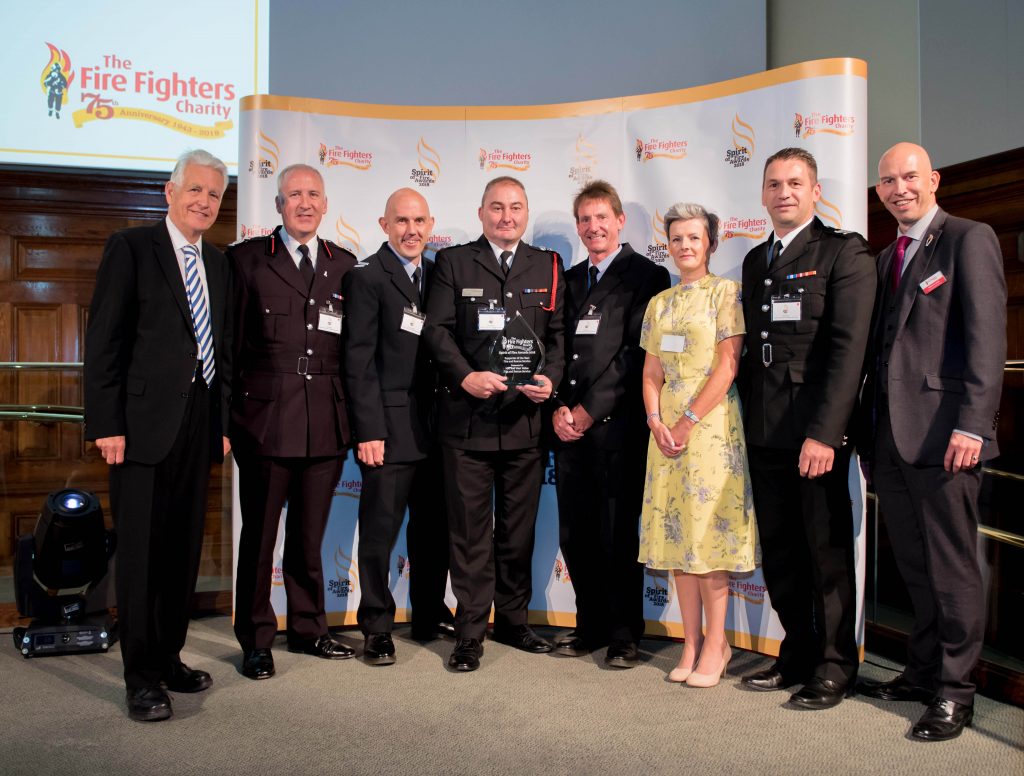