After weeks of anticipation and a serious publicity campaign, we are thrilled to be able to share with you The Fire Tones’ cover of the Band Aid classic, Do They Know it’s Christmas?.

Filmed and recorded during a 12-hour session in the BIMM music college in Birmingham in October, the video stays true to the original spirit of the Band Aid video, which came out in 1984. Soloists, duets and trios recreate iconic moments, before the 40-strong ensemble of singers from around the country takes to the college’s main stage for the song’s climax.

From 1984 to 2018, both recording sessions finished within one day. We have recently sent off our song to the original artists and received a special message from one of the song writers: “Congratulations to The Fire Tones on their version of ‘Do they know it’s Christmas’ 40 true heroes getting together to raise money for not only Band Aid but also for the Firefighters Charity. I have nothing but the highest respect for these guys, not only because of the unbelievably difficult job they have chosen to do but for going way above and beyond the call of duty in making this record. I can only hope we never have to change roles as they are far too good at singing and I really don’t think I am made of the stuff needed for running into burning buildings!! All the luck in the world with this” Midge Ure – Band Aid

“We’re all anxious, but very excited about what the next few days will bring,” says organiser Chris Birdsell-Jones, who first came up with the idea in a Welshpool pub last year. “We’ve been inundated with compliments about the song and hearing how much people have been looking forward to hearing it. We could never have expected that what started as a small, local idea, would turn into something every national brigade and fire service would show its support to.”

We have recieved a message from @midgeure1, one of the orignal writers of the song and one of the few who have heard our single!

We can't wait to share with you our Christmas charity single in aid of @firefighters999 and The Band Aid Trust!#TheFireTones #DoTheyKnowItsChristmas pic.twitter.com/g8GX5wWUcM

“I’m just absolutely amazed by the reception we’re getting,” says Chris. “And I love the video. I’m so happy. Ultimately, we’ve achieved what we wanted, which is to produce a really good song and a really good video, all to raise money for both charities.”

The night before the video was published, the song was already in the top 50 sales on Amazon from pre-sales alone, and that’s going up against albums from more established artists. Then the team will be keeping their eyes and ears on the charts to hear how it does in its first week, and if it makes it into the top 40. Whether it makes it to the Christmas Number One spot or not, Chris and his singers are just determined to raise as much money for the Charity that means so much to fire service personnel.

“Yes it would be amazing to get to Number One, but it’s genuinely never been about that,” he says. “We are just determined to make as much money as possible for these two great charities. I’ve seen first-hand the positive impact The Fire Fighters Charity has had on colleagues who have used their services. It’s a cause that is very close to all of our hearts, because any one of us could become a beneficiary at any point in our lives, you just never know when you might need it.”

“Yes it would be amazing to get to Number One, but it’s genuinely never been about that. We are just determined to make as much money as possible for these two great charities.”

“As our 75th year draws to a close, we are thrilled to be supporting The Fire Tones as they push for the Christmas Number One,” says Chief Executive, Dr Jill Tolfrey. “Every penny raised from every single downloaded, streamed or sold will help to fund valuable services, providing much needed mental health support to firefighters who have been subject to psychological trauma, as well as physical rehabilitation for those recovering from injury or illness. In the true Band Aid spirit, this single therefore really will change people’s lives”

The song will available to buy from Friday, 30 November. You can buy the CD from Amazon and selected retail stores, or download it from iTunes, Spotify and Amazon Music.

All proceeds from sales of the single will be split equally between The Fire Fighters Charity and The Band Aid Charity Trust. 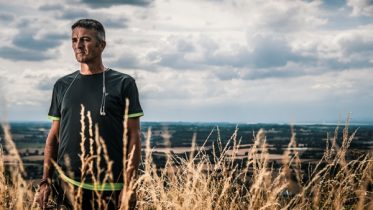 The people we help

Meet the beneficiaries being supported by The Fire Fighters Charity 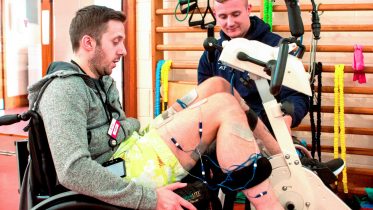 Donate to the Charity