Well done to Tankersley red watch who raised £232 for The Fire Fighters Charity and Rotherham Hospice, by completing an…

Snowdon =completed it!! A real challenge doing it all in full fire kit but all for a great cause @firefighters999 @MountSnowdon @LincsFireRescue #Snowdon pic.twitter.com/d5PXDkfBML 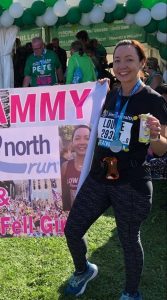 This morning we have had visitors form Sharon's Bucket List who made a very generous donation to @firefighters999 these lady's are truly inspirational & we feel very humbled to have met them!@FFCDebbieR pic.twitter.com/NAXECf5pdE

Earlier on @TWFRS_CFO Chris Lowther Presented @firefighters999 @IFUCARESHARE &The Children Foundation with a cheque for £15,045 on behalf of the Strong Arm Challenge which was a 4 day challenge including Swimming, Kayaking & Cycling Well done all involved #SAC19 #BringOnSAC2020 pic.twitter.com/DDtNq3YdcG

A little video showing how we got on at the weekend. Can’t wait to do this again with @zblackledge to see how quick we can do it!! #firefit #firefighter #charity #inittowinit #gohardorgohome💪

Well done to @LFBIslington who raised £2,000 for @firefighters999 and two local charities by completing a four hour ladder climb. Each firefighter who took part climbed 303 metres – the equivalent of the height of The Shard! pic.twitter.com/VhtBLG7O4T

Charity Harvest Supper at my mum and dads this evening, raising money for The Fire Fighters Charity London Marathon…

Congratulations to everyone who took part across the 11 legs of the #CaldecotteSailingChallenge in aid of @firefighters999. Special thanks to Bryan Watson for leading this amazing event which raised a fantastic £2,100! https://t.co/IvHeTHBzU8 pic.twitter.com/X7vW2JK9JU

@FallingsPark Received an award from @firefighters999 for raising the most money for our charity, with Car Washes.. Well done to all the Firefighters and thanks for all the community support. @Sarahjwarnes pic.twitter.com/SD2AZPLJQZ

We've just heard that the crisp packet recycling scheme has raised £447.04 for The Fire Fighters Charity! We'd like to…

Red watches FF Poole doing his bit for the @firefighters999 come and see him at Holly bush garden centre he’s here till 5 so make it quick 😂🚒🚒 pic.twitter.com/1iRp9hc1dy

More photos to follow but what a fantastic day! Well Done Team Acorn, incredible swimming & fabulous cheering on the side from the support team. #lifeisforliving #charity @firefighters999 #colchesterfireswim pic.twitter.com/BX0OptiPDA

That's it we've completed "The Walk of the Roses!! Lancaster castle to York Minster. Absolutely fantastic effort @LFRS_USAR we've played a blinder!! Get well soon Pete this is for you!! @firefighters999 @MaggiesCentres pic.twitter.com/eulqlYxECj

Julie Hary, @nottsfire_CFO & a team of their colleagues @nottsfire recently took part in the @RobinHoodHalf to raise £s for @firefighters999. Julie alone raised £440.35! Thanks to all who took part and those who sponsored them! pic.twitter.com/GtRRErX12F

Thanks to @RandRJohnDickie for presenting the Thank You certificates from @firefighters999 to WC Corrieri from Callander Fire Station and WC Campbell @KillinFire in recognition of the fantastic support these stations give the charity @FireScot_Chief @fire_scot @scotfire_east pic.twitter.com/CjwHseCGqn

The day is finally here! Please listen or watch today from 3pm as we try and raise as much money as possible for @firefighters999!

An incredible amount of work has gone into this, we even have our own film crew out & about!

Jez Tuckwell, event organiser said: "Thanks to everyone who took part, the Fire Swim committee team + volunteers for their hard work.” pic.twitter.com/rEUCWmHeAS