The bravery and dedication of fire and rescue service personnel was evident for all to see at the Grenfell Tower fire in June. While heightening awareness of the extraordinary work of our firefighters, the tragedy also heightened awareness of the physical and psychological impact that traumatic situations can have on those whose job it is to respond, rescue and recover.

We saw an incredible outpouring of public generosity in the wake of the tragedy,  as well as significant press interest in the ways in which we could support firefighters and control staff affected by the fire.  Over the subsequent weeks we have supported a number of people who were directly affected and the support we have seen from across the fire community has been overwhelming.

This week, however, we have launched an awareness campaign to remind the general public that, while incidents like Grenfell Tower are thankfully rare, the impact that everyday firefighting can have on the mental health of firefighters, control and support staff can be just as significant and traumatic.

We have been supported in this campaign by retired firefighter Roger Moore and his wife, Karen.

Diagnosed with PTSD, former Station Commander Roger Moore, 55, from Coventry, suffered frequent flashbacks upon retirement, often visualising the horrific nature of incidents he had encountered during his career.

Speaking of his experiences, Roger said: “A month after I retired in May 2013, things came to a head. I was sitting with friends in the pub having a leisurely drink and from nowhere I just burst into tears, uncontrollable sobbing. A complete screen-show shot across the front of my eyes of nearly every dead person I had ever dealt with.

“I was a trauma instructor and so I was involved and hands on with people who were ill or dying. So I have been with people as they have taken their last breaths.”

Recalling the impact such incidents had on his home life, Roger added: “Coming back to normality i.e. your house and your children playing in your garden or putting up the Christmas decorations, is one of the hardest things. You might have been recovering a dead body or picking up an arm or a leg, or watching a teenager die and then within half an hour you’re back in your home and your children are putting up the Christmas tree saying; “Daddy, Daddy, look at this.”

Roger received Psychological Support from The Fire Fighters Charity, learning the tools he needed to cope. Having worked with a member of our Psychological Support team Roger speaks appreciatively of the support he was given: “If she [one of our psychological therapists] hadn’t been there I would definitely be self-harming now and there’s a reasonably good chance I would have committed suicide.

“She pointed me in the right direction with the support that I have now got, she is the one who started it and is probably the main reason why I am now going in all the right directions and able to use the tools I have to cope. The support the team at the Charity has given me and the way they helped me has been fantastic. They are all brilliant and help you to realise you can do a lot more than you think you can do. It’s up to me now.”

The Fire Fighters Charity Chief Executive, Dr Jill Tolfrey, added: “Everyday firefighting is dangerous, challenging and incredibly demanding of firefighters, both physically and psychologically. Incidents can impact people in different ways, some are affected immediately while others, like Roger, may not realise the impact of their work until after they retire.

“These are invisible injuries, often carried by firefighters in silence. However, they can have far reaching, long term consequences, affecting families and family life and, if ignored, potentially leading to depression, self-harm or even suicide. We are here to listen and to help people to recognise and to come to terms with these issues, providing them with the tools they need to help them manage their conditions for themselves.”

You don't need to suffer in silence, we can help you. Get in touch today.

Read more about our campaign 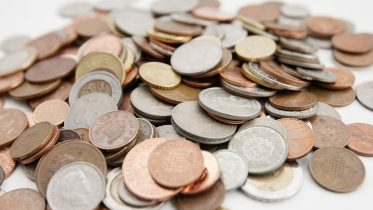 How you can help

Find out how you can donate so we can provide more fire fighters with mental health support.