There has been cause for celebration across the fire community this week, with numerous members of the fire and rescue service named in HM The Queen’s New Year’s Honours List 2019.

The list recognises the achievements and service of extraordinary people across the United Kingdom. It consists of knights and dames, appointments to the Order of the British Empire and gallantry awards to servicemen and women, and civilians.

“Congratulations to all those from across the fire services community who received honours in the Queen’s New Year’s Honours List,” says Charity Chief Executive Dr Jill Tolfrey. “It was fantastic to see so many deserving people recognised for their hard work and dedication to their service, to their local communities and to charity, including in support of The Fire Fighters Charity.”

Of the 1,148 people who have been recognised in the list, 70% were for services to the community. Heather Smart, the first female firefighter in Northern Ireland, received an MBE for her ‘trailblazing’ efforts in promoting the advancement of women in the service, and a Littlehampton great-grandmother received the BEM for her lifetime of fundraising (including for The Fire Fighters Charity). Firefighters from Hertfordshire Fire and Rescue Service also received the Queen’s Gallantry Medal for their bravery at a serious fire at a care home in Cheshunt in April 2017.

The full list of recipients from within the fire service is below.

Member of the Most Excellent Order of the British Empire (MBE)

John Bowden, Station Manager at Looe Fire Station. Awarded for services to the Fire and Rescue Service and the community in Cornwall.

Michael Humphries, Watch Manager, Daventry Fire Station. Awarded for services to the Fire and Rescue Service and the community in Daventry, Northamptonshire.

Daphne Snowden, fundraiser, Littlehampton. Awarded for services to charity and the community in West Sussex.

Awarded for rescuing elderly residents of a care home in Cheshunt on 8 April, 2017.

Of the 35 elderly residents, five were centenarians, one was blind and 29 were immobile. Initially, the fire appeared to be in its early stages, but once inside the property, it became apparent the fire was travelling with great ferocity through the roof void covering the whole building. It was clear time was of the essence, but that evacuation was not an option, so a full-scale rescue began.

When the breathing apparatus crews entered the burning building, the stairs, first floor landing and corridor were free from fire and smoke, but conditions quickly deteriorated as a result of the fire in the roof void. Firefighters rescued residents by carrying them down the stairs and repeatedly returning into the building to rescue more people.

Soon the first floor corridor became smoke-logged, with debris dropping down from the roof space, and the temperature increased significantly. Firefighters found casualties in every room, many still in bed and unable to move doe to their physical condition. The crew had to use their own bodies as shields to protect the residents as flaming debris fell, and each of them repeatedly re-entered the building. They managed to save all but two of the residents, who sadly died in the fire, resulting in the seven men each receiving the Queen’s Gallantry Medal for their bravery.

This honour is given to firefighters who have displayed conspicuous devotion to duty, and goes to the following people:

Congratulations to all of those honoured on the list. 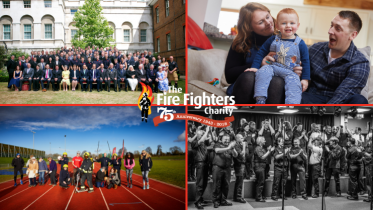 Looking back at our 75th year

2018 marked the 75th anniversary of the Charity. We bring you all the highlights. 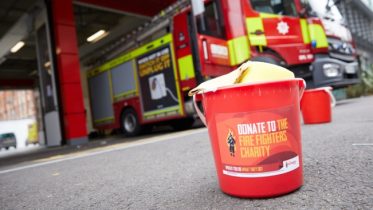 Sign up for regular contribution and help support the everyday heroes of the fire and rescue service. 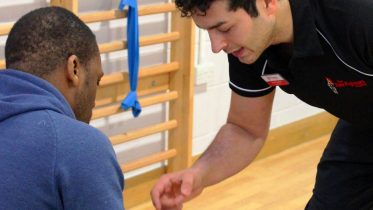 Enquire about our services

If you think you could benefit from the Charity's support, get in touch with us.